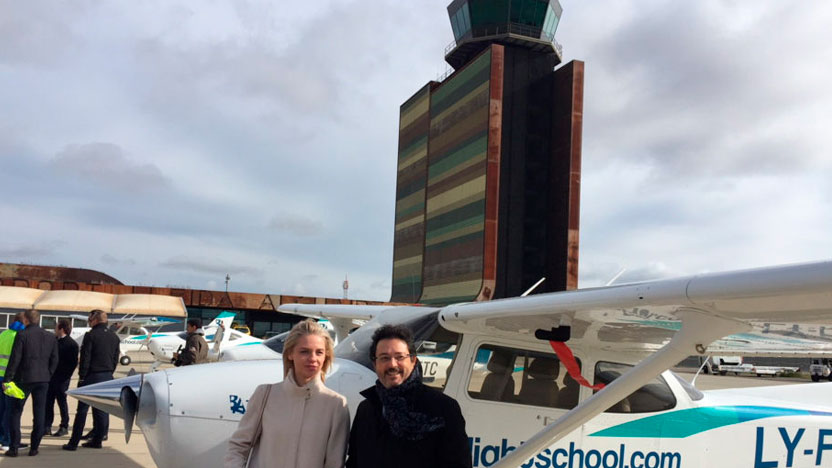 The Secretary of Infrastructure and Mobility, Isidre Gavín, visited the Lleida-Alguaire airport facilities, accompanied by the CEO of BAA Training, the leading pilot school in Europe that has chosen the installation Lleida as a base training. Gavín highlighted the importance of the arrival of this company because “the airport consolidates as a training, industrial and technological airport to complement its commercial side.”

The Secretary said “today we can say that Lleida Alguaire is the industrial airport of Catalonia, without any doubt. And he emphasized the economic impact of the arrival of BAA at the Lleida airport. “It has created 3 direct jobs of people hired here in Lleida, in addition to the 20 employees that they already have and who will live here throughout the year,” said Gavín.

BAA has decided to invest in the airport of Lleida as its base training of reference outside of Lithuania. There are currently 35 students from different countries of the world (Canada, France, Syria, England and Lithuania) who have settled in Lleida for a period of 2 months to become commercial pilots. Within two months, these students return to Lithuania to finish their training and 40 to 50 more students will arrive for the training at the airport. By the year 2019 it is expected that 40 students will become 120. In total, there will be about 400 per year. BAA Training has brought 11 aircrafts for the training: Tecnam 202 single-engine, Cessna 172 single-engine, and Tecnam 206 twin-engine. With the arrival of BAA the activity at the airport has multiplied by six its operations in October. If last year there were 189 operations during October, this October will close with more than 1.000.