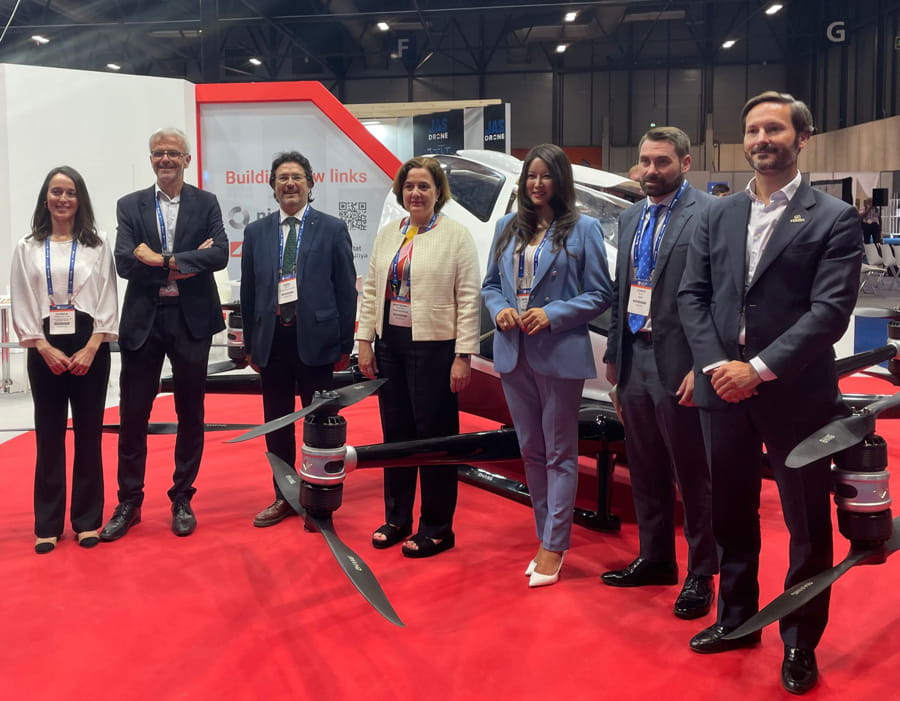 Aeroports de Catalunya has presented two new projects that will make Lleida-Alguaire Airport a test base for integrating drone operations into airport environments. It has done so within the framework of Expodrónica 2022, one of the most important fairs in Europe for drones and new air mobility that was held from the 21st to the 23rd of June in Madrid. These two new initiatives, which will be launched this year, respond to the commitment of Aeroports de Catalunya for technology and innovation at the airport of Lleida-Alguaire and for a sector, related to unmanned aerial vehicles , which is under development.

One of the actions presented corresponds to a European project, SAMVA, in which the Generalitat’s public company participates jointly with the companies Ehang, Pildolabs, Thales Alenia Space, and Eliance and the Airports Region Council. The project will develop a test base at Lleida-Alguaire airport for autonomous flight technologies and airspace management.

So, this project consolidates the Lleida airport as an innovative platform for urban air mobility. The Chinese company EHang will test it with its EH216 aircraft, which will explore the application of this type of vehicle in an airport environment, contributing to a more integrated and sustainable airspace and promoting even more air mobility solutions. safe, autonomous, and ecological.

On the other hand, Aeroports de Catalunya and Inmarsat, a British satellite telecommunications company, have signed an agreement to develop a test and demonstration centre for cutting-edge ATM technologies (Lleida-Alguaire airport). of air traffic) and UTM (unmanned traffic management).

Thus, Lleida Airport will become a benchmark for airspace testing with the development of VELARIS, an application for unmanned aerial vehicles, providing them with secure communications to fly beyond the line of sight and integrate with aircraft within commercial airspace.